Squid Game has lessons for investors

Saving should not be a gamble but are you taking too little risk?
Moira O'Neill 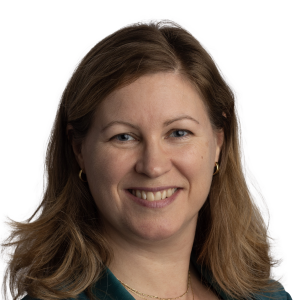 We’ll send you a myFT Daily Digest email rounding up the latest Investments news every morning.

If there’s ever been a warning about taking extreme risks, Netflix’s biggest hit Squid Game is it: 456 debt-ridden adults risking their lives playing children’s games for a huge cash prize.

But I’m hoping that among the bloodshed and high drama, some of the 111 million viewers clocked the reference to investment.

In episode 3, faced with the choice of four shapes — circle, triangle, star and umbrella, banker Cho Sang-Woo (who stole money from his clients and lost it all in the market) tells his “team” each to choose a different one.

He says: “I think it would put us at a disadvantage if we just choose one. There’s this saying in investing, ‘Try not to keep your eggs in the same basket.’” Cho is proved right when the game’s organisers reveal that the shape each player chooses must be cut out of a honeycomb cookie.

Each shape carries a different level of difficulty — the circle is easiest to cut out, the triangle a bit harder, the star more difficult and the umbrella the toughest of all.

The parallel between the Squid Game and investment is obvious — the circle is cash (low risk for maximum safety), the triangle represents bonds (low to middling risk), the star is equities (riskier than bonds) and the umbrella strands for alternative investments such as property, commodities and private equity.

Spreading your risk between these different types of investments, is a strategy followed by most successful investors. For example, The FTSE Russell UK Private Investor Balanced Index is spread between 6 per cent cash, 20 per cent bonds, 64 per cent equities and 10 per cent commercial property and alternatives.

However, in our daily lives many of us have a difficult time dealing with the uncertainty that goes with taking risks. We try to avoid taking them — only a minority go rock-climbing or skydiving, remortgage their home to start a business, or gamble for high stakes. So naturally, the concept of risk relating to our savings is confusing.

Risk in investment terms is the probability of losses relative to the expected return. Many confuse volatility, the ups and downs of the stock market, with risk. But this is simply how rapidly or significantly an investment tends to change in price over time. All investments rise and fall in price. But you’ve only lost money when you’ve sold up: the trick is to stay invested during rocky periods.

The longer you can stay invested, the lower the risk of a bad outcome, with market crashes over time looking like small bumps in the graph

Investment guru Warren Buffett has explained this well: “We do define risk as the possibility of harm or injury. And in that respect we think it’s inextricably wound up in your time horizon for holding an asset. I mean, if your risk is that if you intend to buy XYZ Corporation at 11.30 this morning and sell it out before the close today, in our view that is a very risky transaction. Because we think 50 per cent of the time you’re going to suffer some harm or injury.”

The longer you can stay invested, the lower the risk of a bad outcome, with market crashes over time looking like small bumps in the graph. Plus, if you invest on a regular basis, you can reduce the risk of buying investments at the wrong time.

If only this was taught in school. According to the Great British Retirement Survey of 10,000 adults, many people wish they had understood more about investment risk and the benefits of taking a higher-risk approach when they were younger.

The study, carried out for Interactive Investor, found that 39 per cent of non-retired respondents and 30 per cent of the retired said they wished they had understood more about risk earlier in life.

Even the regulator wants to educate people to take risks. In September, the Financial Conduct Authority highlighted the harm to long-term investment returns from too much risk aversion. It is targeting about a fifth of the estimated 8.6m Britons with more than £10,000 in cash who ought to be taking more risk.

Serious MoneyClaer Barrett
The mere thought of retirement stresses me out 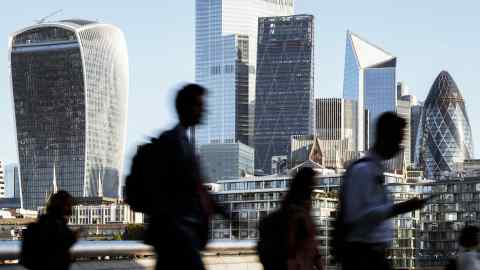 But the education needed is nuanced. Respondents to the Great British Retirement Survey felt the traditional ways of describing attitudes to risk were simplistic.

Meanwhile, many respondents were concerned about investing in uncertain times or regretted that their anxiety around the political events of the past few years had led them to be too cautious. One said: “I regret not investing because I expected markets to crash. They didn’t. And I still expect them to.”

Investing is emotional, and never more so than when it goes wrong. While huge gains can encourage animal spirits, huge losses can put people off investing for life.

A study by Research in Finance for the Association of Investment Companies found 86 per cent of investors who were impacted by the suspension in June 2019 of Woodford Equity Income, the fund run by former star manager Neil Woodford, suffered a negative impact on their finances, and 53 per cent reported a negative impact on their general wellbeing.

Unlike Squid Game, investing is not generally a lose-everything scenario — although it can be if you put all your eggs in one basket: it was devastating for those who did so with Woodford.

But more players may need to accept more risk. By choosing more stars and umbrellas over circles and triangles you may live to have fewer financial regrets.