HTSI editor’s letter: what’s on our wishlists this Christmas

Time to start thinking/All about Christmas shopping./Don’t stress. We’ve got you.

For Christmas I am offering you a haiku – my contribution to the annual scramble that accompanies the gift frenzy. I promise that somewhere in this 120-page issue, you will find inspiration for at least one present. The HTSI team have been compiling their Christmas wishlists for months in order to find ideas to suit a range of tastes. I’ve put the giant terracotta pots suggested by Clare Coulson on my wishlist (in addition to the stuff crammed onto my own page) along with a Fair Isle knit from Old Stone Trade and maybe a pocket watch.

Elsewhere Maria Fitzpatrick has rounded up the best advice on how to commission a portrait – because what better way to imprint yourself upon your loved ones than to present them with a canvas of your face? Meanwhile, Nicola Moulton looks at the art of the perfume bottle and this year’s most beautiful flacons, as well as rounding up the best beauty oils.

Or maybe you fancy a classic car? Though I have only a glancing interest in modern motors, there’s something about the geometry of a vintage BMW 3.0 CS coupé, or the no-nonsense gorgeousness of an Alfa Romeo 1750, that even I can understand. Mark Gallivan has written a guide to what to know before buying your dream vehicle (“never get emotional about it”, for starters), while Julian Broad’s photographs of the vehicles assembled at this year’s Goodwood Revival are so beautiful that I hope they one day become a folio of their own.

Can’t afford to fork out for a real Ferrari? Maybe get a mini one instead. Some 16 Hot Wheels models are sold every second, and the range now includes more than 20,000 cars. Rory FH Smith looks at the phenomenon to find out what it is about the Mattel toys that still brings out the infant in us all.

Beatrice Hodgkin is also focused on the delights to be found in childhood matters – in this case the books she reads to her sons and daughter. In a year in which we have lost giants of children’s literature including Raymond Briggs and my beloved Shirley Hughes, Bea’s round-up of the next generation of writers and illustrators suggests some names who might one day fill those authors’ shoes.

Of course, some of you prefer the feasting to the faff of gifting (I know my mother, who will be reading this, does). Alice Lascelles and Ajesh Patalay have selected things to digest in the Gift Guide. Ajesh has also looked at the custom of going for dim sum in lieu of the Christmas meal: while he makes a stab at handmade dumplings, I think I’d rather eat the ones made at London’s A Wong.

We’ve also followed food writer Emiko Davies on the annual white-truffle hunt that takes place around her husband’s hometown of San Miniato. Truffle hunting is a centuries-old geoculture now imperilled by climate change. Emiko’s piece is both a paean to local rituals and traditions and a warning that this most fêted of luxuries might one day vanish from her hills. 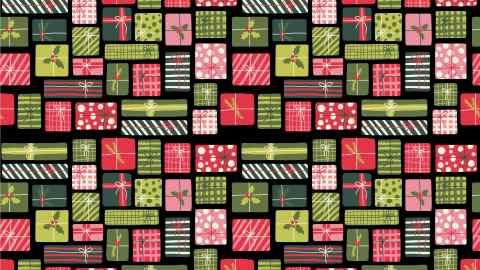 All that, and party dresses. Cara Taylor makes her debut on HTSI’s cover in appropriately festive clothes. The model was born in Alabama and was a basketball and volleyball player and high jumper, and she’s been a charismatic presence on the catwalk since her debut in 2016. I love the shoot she’s done with James Brodribb and Jasmine Hassett. She recalls the ’80s model Bonnie Berman, a former Vogue cover star and muse to Patrick Demarchelier. Cara has the same athletic confidence and self-possession – I think she’s the epitome of modern glam.