Regulators and policymakers are calling for action to address the risks associated with pension funds’ use of derivatives, after key watchdogs admitted last week that they were unprepared for the crisis that hit the industry in September.

The meltdown, now the focus of four separate parliamentary probes, revealed regulators did not have a reliable picture of the scale of hidden leverage in liability-driven investment (LDI) strategies, which cover about £1.4tn of the future promises made by UK defined benefit pension schemes.

The crisis exposed a risk that regulators had failed to anticipate: derivatives commonly used by retirement funds had built up leverage to such an extent they posed a threat to the entire UK gilt market.

Last week, the heads of the Financial Conduct Authority and The Pensions Regulator conceded to a House of Lords committee that they had not been paying sufficient attention to the use of LDI by pension funds. A succession of experienced regulators told the Financial Times that action must be taken.

Sarah Breeden, executive director for financial stability at the Bank of England, called for regulators, banks and investment managers to ensure the risks embedded in derivatives were managed more safely.

“The root cause is simple,” she said. “Poorly managed leverage.”

“There needs to be a greater focus on areas where there is less transparency so the authorities can understand the exposure of financial market participants to these risks,” said Dietrich Domanski, secretary-general of the Financial Stability Board, a global committee of regulators and central bankers.

Sudden and large margin calls related to derivative positions remain a potential source of volatility that could lead to fire sales of assets, the FSB said.

Anil Kashyap, a finance professor at the University of Chicago’s Booth School of Business and an external member of the BoE’s financial stability committee, said it was “deeply frustrating for regulators” that the amount of leverage across the financial sector was difficult to measure.

“Imposing stricter reporting requirements on non-banks would be helpful as that would allow data on leverage to be aggregated,” he said.

Effective supervision of the LDI industry is complicated by the absence of a single top regulator. The BoE is responsible for the orderly running of the gilt market, while TPR oversees scheme trustees and the FCA regulates asset managers. LDI funds, however, can be domiciled in Ireland and Luxembourg and are the responsibility of regulators in those countries.

Mick McAteer, a former FCA board member, said the co-ordination between regulators “went badly wrong”, leading to a failure to recognise the risks in the web of relationships between pension schemes, consultants, asset managers, LDI funds and banks.

The Prudential Regulation Authority should be given a bigger role in overseeing pension schemes and all the regulatory bodies involved should make improvements in data sharing, he suggested.

“All the regulators need to review their working relationships, including any relevant [memoranda of understanding] so there is a better understanding of their respective responsibilities and clear ‘ownership’ in the event of another crisis,” he said.

Asset managers running LDI strategies — which include BlackRock, Legal & General Investment Management, Insight Investment and Schroders — invest in long-term government bonds to provide a reliable income stream for retirees. They also use derivatives to make leveraged bets on gilts, equities and inflation rates, with investment banks taking the other side of these trades.

When long-term bond yields move up or down, leveraged gilt trades require cash to be posted as collateral. This put them at the centre of a liquidity crisis for thousands of UK pension funds, which had to rapidly sell assets to meet collateral calls when yields shot up following the “mini” Budget.

No detailed information about these derivative trades is released publicly, resulting in a blind spot for regulators, which have expressed frustration at the leverage risks effectively hidden in LDI strategies.

LDI funds that were three times leveraged or more would have lost all of their collateral following the extreme rises in gilt yields after September 23 if the BoE had not intervened, leaving pension schemes facing mark-to-market losses of up to £150bn, according to Investec.

Some LDI funds allowed pension schemes to buy an exposure worth up to £7 in gilts for every £1 invested in a derivative contract, such as a swap with an investment bank, multiplying the losses faced by schemes when gilt prices fell sharply.

“This looks like gambling rather than hedging against interest rate or inflation risks,” said David Blake, a pensions professor at the Bayes Business School in London. 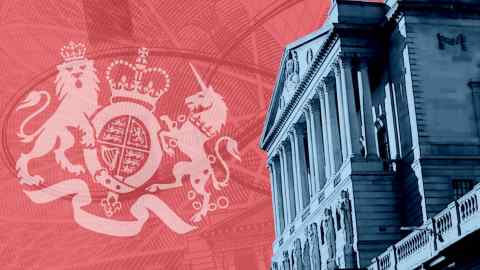 Stronger safeguards — including leverage caps and higher capital buffers on LDI strategies — are now being considered, the FCA said.

Charles Counsell, chief executive of TPR, told MPs last week that the regulator had not historically collected in-depth data on LDI strategies — even though about 60 per cent of the UK’s 5,200 defined benefit pension schemes use them — and would now make this a “real focus”.

Dan Mikulskis, a partner at consultant LCP, said LDI funds and mandates had been made safer.

“We are advising lower levels of leverage, larger safety cushions, and plans to realise more collateral quickly. Some schemes will choose to hedge a little less while others will move more assets into the LDI portfolio and away from growth assets,” he said.

But some warned that improved safeguards could not entirely mitigate the risks involved in using LDI strategies.