On a mission to solve fashion’s environmental problem

We’ll send you a myFT Daily Digest email rounding up the latest Fashion news every morning.

“Fast fashion is poison for our planet,” declared European Commission president Ursula von der Leyen last year, as the EU set out its ambition to slow the pace of consumption and waste in clothing.

As the trend for cheap disposable clothing has gathered pace over the past two decades, the fashion industry has become responsible for 20 per cent of wastewater and 10 per cent of carbon emissions, according to UN statistics. In the UK, consumers buy more clothes per head than anywhere else in Europe, a parliamentary report found in 2019 — but the country recycles less than 1 per cent of its textile waste; most is incinerated or sent to landfill.

Karishma Gupta, the 28-year-old founder of London-based start-up Satatland, says it was seeing the damage done by the textile and clothing industry that motivated her “to create a fashion company that works for both the customers and the environment”.

“I grew up in Agra, India,” she says. “I saw the river that runs behind Taj Mahal become lifeless due to toxic chemical and dye dumping over the years. I have also seen a landfill as high as the Taj Mahal in New Delhi. I just grew tired of seeing it and set myself on the mission to solve fashion’s environmental problem, while enabling women to continue to express themselves with what they wear.”

Launched in 2018, Satatland is using technology to offer consumers what it describes as “guilt-free” and “ownership-free” apparel. As well as selling the garments it makes online, the company leases its clothing. But, unlike other digital rental platforms that allow consumers to monetise clothing through peer-to-peer exchange or third-party labels, Satatland retains ownership and responsibility for its garments for the duration of their life.

It promotes circular fashion by encouraging consumers to return garments to be repaired, reused or recycled. Through the use of computer-aided design and virtual stitching, it reduces textile waste in the production process and the apparel it makes can be rented in the UK for up to 12 days or purchased by customers globally. Around 55 per cent of revenues are from sales and 45 per cent from rental.

Gupta explains that her father developed “a profitable business that does good for the planet”, becoming a recycling entrepreneur in India, so she became determined to do the same in fashion. After studying fashion technology, she gained an insight into all aspects of the supply chain by working on the production floors of apparel manufacturers in India, Bangladesh and the Middle East.

Gupta chose London to launch her company, whose name is based on the Hindi word for sustainable, satat, as it “is one of the fashion capitals of the world, [my] home, and . . . a centre for talent in sustainability”, she says.

Initially, Satatland tested its concept with limited samples online and at pop-up stores in London. “The customer response has been incredible,” Gupta says. “Constantly, I am being told by customers, ‘What you are doing is so important’. This gave me more confidence to build a stronger Satatland with a growing waiting list.”

Rental fashion is gathering pace, with start-ups such as Rent the Runway in the US and My Wardrobe HQ, Rotaro and Loanhood in the UK catering to growing demand. The market is forecast to reach £2.3bn by 2029, according to GlobalData, and is widely considered a viable way to reduce fashion’s contribution to the climate crisis.

Art of Fashion
Closing the loop in fashion 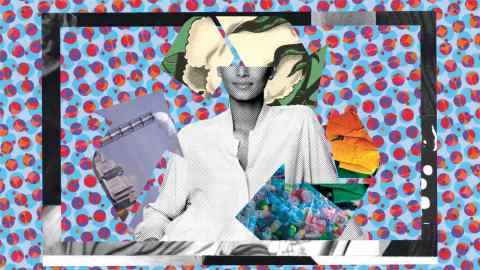 But the green credentials of the rental market have come under scrutiny. A 2021 study in the Finnish scientific journal Environmental Research Letters assessed the environmental impact of five different ways of owning and disposing of clothing, including rental, resale and recycling. It found that renting clothes had the highest climate impact of all. The researchers pointed to the hidden environmental costs of delivery, packaging and transportation, including the emissions created moving items back and forth between retailer and renter, as well as the impact of dry cleaning.

Satatland is focusing on circularity in garment consumption and recycling but, by straddling both retail sales and rental, is not over-reliant on a new business model whose environmental impact is yet to be determined.

Its repair and upcycling services are designed to offer consumers a more sustainable garment with an extended lifecycle and low environmental impact. Garments are made of recycled polyester and Econyl (recycled nylon) alongside recycled wool, Tencel (a form of regenerated cellulose) and Forest Stewardship Council-certified viscose.

Material composition is a vital topic in the measurement of sustainability in fashion. Synthetic materials now make up more than 60 per cent of clothing — a proportion that has doubled since 2000.

While recycling polymer fibres is viewed by some as a solution, there are still concerns around the release of microfibres into the environment: laundry causes about half a million tonnes of plastic microfibres to end up in the ocean every year, according to the Elle McArthur Foundation, an environmental group.

Earlier this year, the European Commission published its Sustainable Textiles Strategy, which aims to introduce tighter controls over the textiles industry to achieve the bloc’s green and digital transition targets by 2030. Adalbert Jahnz, EU Commission spokesperson for environment, told the FT in June: “We aim to create a whole economy around the circular textiles, so [we are] looking at collection, sorting, reuse and even preparation for reuse and recycling. We will also have incentives for producers and brands to design their products in a sustainable way, to enable reuse of materials.”

By using recycled materials, coupled with technology and innovation to reduce waste at both the production and consumption stages of a garment’s lifecycle, Satatland argues that it can make sustainable fashion “affordable, transparent and accessible”.

It is not alone in this, though. Brands ranging from luxury labels, such as Prada and Burberry, through to the pioneers of high-street fast fashion, such as H&M and Inditex, are also starting to use recycled and recyclable materials in their garments.

The Weekend Essay
Sustainable fashion? There’s no such thing 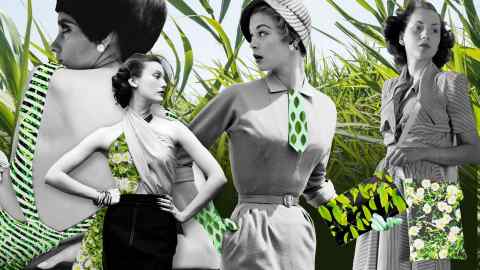 But, in Gupta’s view, Satatland is among those taking the lead on fashion’s path to sustainability. “The fashion industry is very linear: we take, make and waste,” she says. “There are some tech companies that offer second-hand clothing, [but they] are just delaying the time taken by a single item to reach a landfill. This ‘out-of-sight-out-of-mind’ approach is dangerous.

“Very few companies are taking a holistic approach. What we at Satatland are doing is producing clothes so that they have a positive impact — designed for recyclability — and using tech to preserve material information and enabling rentals and returns.”

The start-up, which is launching a pre-seed funding round and plans a follow-on crowdfunding push, says it is open to working with impact investors interested in replacing the high street with circular fashion.

“I have big ambitions for growing Satatland and to reach every corner of the world,” says Gupta. “The more we grow, the bigger our impact will be.” 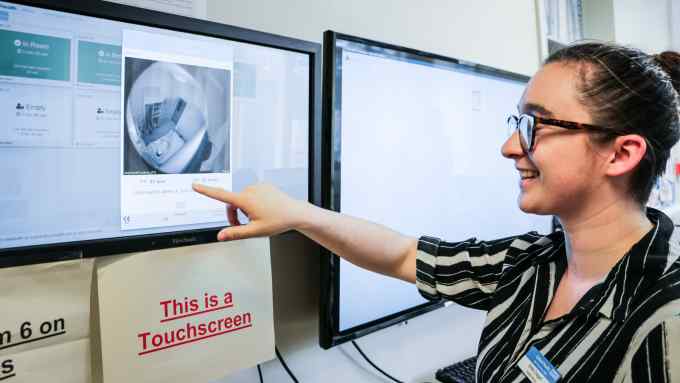