America’s ‘culture wars’ are becoming a factor in relocation decisions

David Lesperance used to spend his time talking to clients about tax. Now the wealthy individuals seeking the immigration adviser’s help when weighing a move to the US have started asking about abortion, LGBT+ rights and the risk of violence.

The “culture war” issues that loom large within the US are now “top of mind” for professionals thinking of moving there, Lesperance says.

Rightwing extremists’ January 2021 attack on the US Capitol had a “visceral” effect on many would-be immigrants, he recalls. The Supreme Court’s overturning of federal abortion protections this year led to another “huge jump” in concern.

Foreign investment is in part a matter of corporate strategy and financial calculation. But there are social dimensions too, which are becoming a factor in states’ pursuit of overseas companies and the expatriates they bring with them.

The exceptional and growing polarisation in the US has led to increasingly divisive legislation from politicians looking to animate their parties’ most passionate members. Those policies, and signs of growing partisan enmity, are being noticed in international corporations.

Members of the Site Selectors Guild, for example, have seen such topics “weighing on the minds of our clients” as they help multinationals pick new US locations, says Gregg Wassmansdorf, the group’s chair.

Companies choosing new locations weigh many quantitative and qualitative factors, he adds, but the Supreme Court’s reversal of Roe vs Wade, states’ subsequent abortion restrictions and LGBT+ rights flashpoints such as Florida’s clash with Disney are “definitely capturing people’s attention in the boardroom”.

Studies of other countries have found that political polarisation can be an important factor in determining foreign investments. There is little research to show whether it is deterring international investments in the US, but companies that advise investors on “country risk” around the world now use that term about the US.

One political risk analysis firm, GeoQuant, has cited rising social polarisation in explaining what it calls the “EM-ification” of the US: the world’s largest economy, it argues, is showing some of the characteristics of emerging markets.

Polling data also provides clues to the country’s shifting reputation. Gallup, for example, regularly asks Indians who want to migrate which country they would choose first. In 2015, 40 per cent picked the US. By 2016, when Donald Trump’s election as president ushered in a harsher immigration debate, that figure collapsed to just 15 per cent.

Gallup has not attributed that change definitively to social or political events, but by last year the percentage of emigrating Indians who put the US at the top of their list had fallen to just 3 per cent. Immigrant-friendly Canada is now the preferred choice.

The polling firm Morning Consult similarly found that Chinese nationals interested in studying in the US are being deterred by gun violence, perceived anti-China bias and “the political climate”. Those students constitute “a huge pool of educated workers”, observes Sonnet Frisbie, a geopolitical risk analyst at the firm.

Similarly, Frisbie found that the reputational boost the US had seen in Europe after Russia’s invasion of Ukraine “evaporated nearly overnight” following the school shooting in Uvalde, Texas, and the Supreme Court’s abortion decision. What Americans consider domestic issues are being followed closely overseas, she concludes.

Such concerns are challenging multinationals at a time when most are increasingly sensitive to their employees’ wellbeing and alert to the need for diversity and inclusion.

“We go above and beyond to make sure that, whatever is going on in the external environment, we take care of our people,” says Supriya Jha, SAP’s chief diversity and inclusion officer.

The German software company assesses cultural, political and human rights issues in any country where it sends staff, she adds. After the Supreme Court ruling it offered to cover the costs of US-based employees who need to travel out of state for an abortion.

SAP has seen little evidence of employees rejecting moves to states that have imposed abortion bans or restricted LGBT+ rights. But, Jha notes, it allows staff to work remotely. For companies without that flexibility, “there would be greater concerns”.

International worries about discrimination are rising, with one UN human rights expert concluding that LGBT+ rights are being “deliberately undermined” by certain states.

It is too soon to see such concerns appearing in data showing which states are attracting foreign investment, Wassmansdorf observes. He adds, however: “There’s reputational risk to the United States overall and to specific states which are pursuing certain legislative agendas.”

Companies, too, face reputational risks if they invest somewhere deemed unfriendly to some employees. The preponderance of restrictive bills in Republican states such as Texas and Florida, which have typically been associated with lower taxes and business-friendly regulations, could make economically attractive states less appealing in other ways.

For Frisbie, such concerns should be seen in context: “The US is still pretty popular around the world,” she says. But it is becoming clear that policies drawn up for domestic consumption are now echoing around the world, with implications for the future flow of investment and talent. 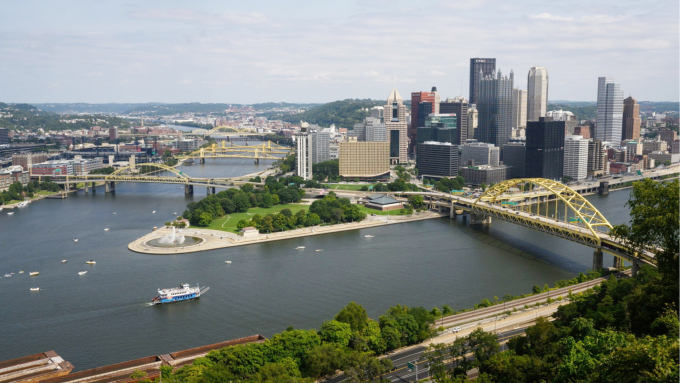