The Biskopsgården district of Sweden’s second city, Gothenburg, represents a national failure to tackle segregation and integrate recent immigrants. The proportion of its population born abroad, or with both parents born abroad, is more than 80 per cent.

The police designate the area as “especially vulnerable” owing to the high levels of poverty and crime. A machine gun attack on a local pub, a sleeping child killed by a hand grenade, and a policeman shot dead by a teenager are among the gang-related local atrocities that have shocked the nation.

But Volvo Trucks, as one of the area’s biggest employers, recruits here in force. “We see diversity as a success factor and we need a recruitment base from all parts of society,” explained Sandra Finér, manager of the nearby Volvo Trucks’ factory, at the launch in September of “Handshake for Biskopsgården”. This new initiative set up by employers and housebuilders is aiming to improve the area.

“The industry is in an exciting phase,” she added, “where competence and people with different experiences working together are key.”

Finér, who wears a badge declaring “I am an LGBT ally”, is the only female manager of a Volvo Trucks factory but, in the plant she runs, women occupy 42 per cent of management roles.

People believe in the success of diversity, according to Finér. “Out here on the factory floor, it’s a no-brainer . . . Local empowerment is important for us. We are getting a workforce that is close by that can help us with the huge industrial journey ahead of us: electrification.”

As a time-honoured brand, cars by Volvo — along with those of its former and smaller national rival, Saab — have made for a formidable Swedish presence in the automotive industry. Ancient certainties of the industry, however, have eroded and Saab ceased car production in 2011. Volvo is now split into car and truck making businesses, each having to adapt to new ways of doing things.

In the past, the capabilities valued by such manufacturers were mechanical: how strong you were, how much you could lift. Today, it is teamwork, safety, lean manufacturing, collaboration, quality control and sustainability, Finér says.

“Rather than your arms and legs, it’s your heart and head that we need . . . We are looking not just for skills and education but attitudes. Line managers pick their team members so, if you already have an inclusive culture, they will pick people who will contribute to that culture.”

The plant does not explicitly focus on diversity, Finér says, but on values and inclusion: “Easy to say, not so easy to do,” she admits, but: “It is so important to include everyone; I am convinced this creates results.”

A few kilometres south lies the sprawling industrial complex that is home to Volvo Cars. It separated from the trucks division in 1999 and, since 2010, has been owned by Chinese multinational Geely.

But its approach mirrors that of Volvo Trucks. “We are moving away from diversity and towards inclusion,” says Hanna Fager, Volvo Cars human resources chief.

“We need to focus on an inclusive culture and work environment in order to retain not only women but all employees. Today, we are focusing on equality for all to drive the behaviours and values that we want to see in the company.”

Building an inclusive culture where employees feel “belonging” — that sense of acceptance of differing personalities, with no need to rigidly conform — “is the way to go for all aspects of diversity”, Fager believes.

She says that it has “a direct impact on our creativity and innovation in our business”.

Sweden’s automotive giants wear their commitment to diversity on their sleeves. In its global advertising, Volvo Cars has used the slogan “Great minds don’t think alike” — the message being that a workforce built on this principle produces better cars. It also created award-winning television advertising, for the UK’s Channel 4, in a 2017 competition calling for entries relating to non-visible disabilities, such as autism and deafness.

Volvo Cars set its sights on having women in 35 per cent of its senior roles but achieving the objective has proved a struggle. By 2018, it had reached almost 29 per cent — from about 19 per cent in 2007 — but, then, in 2020 the rising trend in women leaders came to a halt. Volvo Cars has replaced the target with a commitment to achieve 50:50 equality in senior management positions. This remains a long-term ambition with, as yet, no set date for its fulfilment.

The company’s shift comes against a background of Sweden dropping plans, five years ago, by the ruling coalition of Social Democrats and Greens, to force listed companies to appoint women to at least 40 per cent of board seats by 2019. Opponents of the plans formed a parliamentary majority insisting that it should be left to company owners to decide on gender quotas at their companies.

Fager agrees that quotas are not the way forward. “We can see from our own experiences that it is the company culture that will determine that we can retain women.” 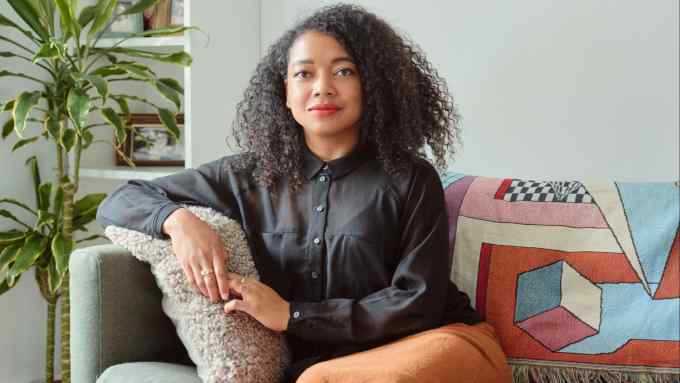