A rundown of the most important global business stories you need to know for the coming day, from the newsroom of the Financial Times. Available every weekday morning. See acast.com/privacy for privacy and opt-out information. 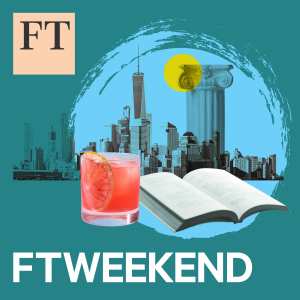 This week, we look at the dark side of professional tennis, where underpaid players are selling matches just to break even. Ranked around 200th in the world, a player named Nicolás Kicker was found guilty of match-fixing in 2018. His story reveals a lot of systemic problems within the sport. Then, we hear about the phenomenon of 'vice signalling' from columnist Stephen Bush. It’s similar to 'virtue signalling,' but instead of publicly gesturing towards altruism the vice signaller panders by promising cruelty. Think Donald Trump’s border wall, or Boris Johnson’s threats to deport asylum seekers to Rwanda.

Links and mentions from the episode:

– William Ralston’s piece ‘The fixer, the cheat and the corruption crisis in global tennis’: https://on-ft-com.ezp.lib.cam.ac.uk/3v9nW9L

– Nicolas Kicker fixing a match at the 2015 Barranquilla Challenger: https://www.youtube.com/watch?v=vcF9hq668Ow

Special offers for FT Weekend listeners, from 50% off a digital subscription to a $1/£1/€1 trial can be found here: http://ft.com.ezp.lib.cam.ac.uk/weekendpodcast

Want to join us at the FT Weekend festival in London on September 3rd? Buy a ticket at ft.com/ftwf. And here’s a special £20 off promo code, specifically for FT Weekend listeners: FTWFxPodcast22

Transcripts are not currently available for all podcasts, view our accessibility guide.