Sharm el-Sheikh is a sprawling town made up almost entirely of hotels built for mass tourism and serviced by cheap charter flights. But the authorities have tried to shore up its green credentials ahead of the gathering — one of biggest events on the international calendar, drawing dozens of world leaders and thousands of politicians, bankers, climate scientists and activists.

A new solar energy plant was inaugurated in the resort in October, and a fleet of electric buses has been launched.

For Egypt, a country grappling with a faltering economy and facing frequent criticism over its human rights record, hosting COP27 is an opportunity to project influence, attract investment, and promote itself as a regional leader.

While the government eyes political and economic gains, Egyptian environmental activists, who operate under restrictive laws that govern civil society, are also hoping the event will help “mainstream” climate concerns and convince the authorities to allow them more space.

The conference has been described by its Egyptian hosts as “the African COP” — and one focused on implementation. The Cairo government will preside over crucial international negotiations and has made clear it will stress the interests of Africa and of the developing world.

It wants the focus to be on promises made since the 2015 Paris accord — and on securing the funds needed to help the most vulnerable countries reduce emissions and adapt to climate change.

“Egypt has a leadership position in the African continent and the Arab world,” said Sameh Shoukry, the foreign minister and president of COP27 ahead of the meeting. “We’ve been focused on implementation, and we’ve geared our message to implementation. Paris and Glasgow [COP26] finalised the road map of ambition, but it is Sharm el-Sheikh which should be the implementation of all those commitments.”

He points out that rich countries, which account for most carbon emissions, have been slow at fulfilling pledges to fund adaptation measures in poor countries, where the damaging impact of climate change is already being felt.

“Adaptation has never been taken as seriously as it should,” argues Mahmoud Mohieldin, a former Egyptian investment minister chosen by Cairo to be its UN high-level champion for climate action. A former senior vice-president of the World Bank and previously Egyptian investment minister, he is charged with marshalling support from businesses and other non-governmental actors to tackle and help remedy climate change.

He notes that the $100bn a year pledged by the developing world to help poorer countries adapt to climate change has never been paid in full. Even if this were delivered, “this is not going to be covering more than 3 per cent of the total gap of funding for climate action,” he points out.

I have a very simple — call it naive — metric. Does it have financial funding or not?

Cairo also wants to attract investment to a set of green projects in renewable energy, water and food that it will promote at the conference. Rania al-Mashat, minister of international co-operation, says the country has made climate action a central “part of the conversation” with donors and businesses.

The aim, she says, is to mobilise funding and expertise from a range of sources, including multilateral organisations and to “crowd in private sector finance”.

The projects include $10bn of investment to replace fossil fuel power stations with renewable energy, about $3.5bn in schemes to help small farmers deal with soil salinity, desertification and rising temperatures, and a further $1.5bn committed to other desalination and irrigation schemes. The UN said last month that, along with partner organisations, it would provide Egypt $2bn in loans to boost food security.

Egyptian environmentalists hope the attention surrounding the conference will help place climate concerns on the national agenda and raise public awareness. Ragia Elgerzawy, environmental researcher at the Egyptian Initiative for Personal Rights, a human rights group, says environmental concerns need to be “mainstreamed”. She points to massive road widening projects in Cairo which relieve congestion but lead to more traffic and frequently involve the destruction of scarce green space.

“Solutions to environmental issues need the participation of all stakeholders, not just experts,” she says. “The environmental dimension is not yet among the priorities when projects are being decided. Environmental concerns should be seen as equal to economic returns.”

Authorities welcome activists who work on repairing environmental damage, she notes. But she says there is less co-operation with those who wanted to be part of “decision making, drawing up policies, establishing rules and representing affected people”.

However, hosting COP27 has encouraged more engagement between environmentalists and the government. Mohamed Kamal, co-director of Greenish, a Cairo-based environmental campaign group, says: “Stakeholders with whom we have never been able to have a discussion are now willing to sit at the table with us. I’m talking about every single level of authority in Egypt and the public sector.”

COP, he adds, is an opportunity to reach out to potential partners.

“We want to showcase our work with vulnerable communities, the type of support they need and the funding they need,” he says. 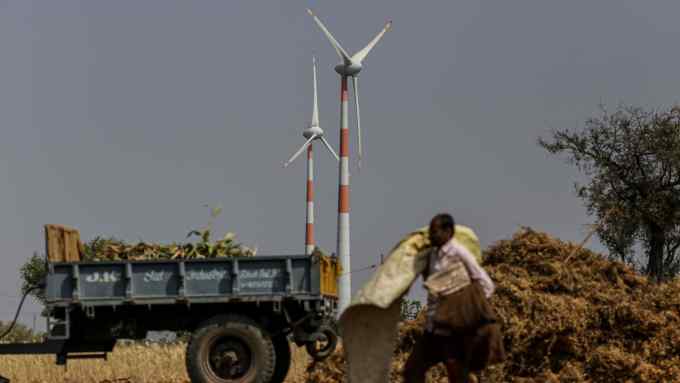