The stock market downturn since the start of the year has caused the longest drought in US technology listings this century, with experts cautious about the pace of a revival even after tentative signs of life in other sectors.

Wednesday will mark 238 days without a tech IPO worth more than $50mn, surpassing the previous records set in the aftermath of the 2008 financial crisis and the early 2000s dotcom crash, according to research by Morgan Stanley’s technology equity capital markets team.

The US stock market has been rocked this year by the Federal Reserve’s battle to bring down inflation through aggressive interest rate rises. Higher rates hit stock valuations by reducing the value of future earnings, and have sparked fears that the economy will be pushed into recession.

High-growth tech stocks dominated last year’s record-breaking IPO market and enjoyed some of the largest gains during the stock market boom, but they have also been disproportionately hit by this year’s sell-off.

The tech-dominated Nasdaq Composite has fallen nearly 28 per cent this year compared with a drop of just over 19 per cent in the S&P 500, while the Renaissance IPO index, which tracks US companies that listed in the past two years, is down more than 45 per cent.

“There’s a tremendous amount of uncertainty in the market right now, and uncertainty is the enemy of the IPO market,” said Matt Walsh, head of tech equity capital markets at SVB Securities.

“I think we’ll need to see some stabilisation in the outlook and investors stepping back in to buy existing public securities before they’re willing to move further out on the risk curve and buy tech IPOs.”

Even after the Corebridge deal, overall US IPO volumes are down 94 per cent year on year, with just $7bn raised so far in 2022 compared with $110bn in the same period last year, according to Dealogic data.

Corebridge was being closely watched as a sign of investor appetite for more deals. But Nicole Brookshire, a partner at law firm Davis Polk who specialises in tech listings, said other factors such as weak earnings reports could have “more of an outsized impact” on the prospects for new tech issuers.

“Guidance has worsened with some companies and sectors [and] many companies are feeling the effects of macro headwinds and that influences valuations,” she said. 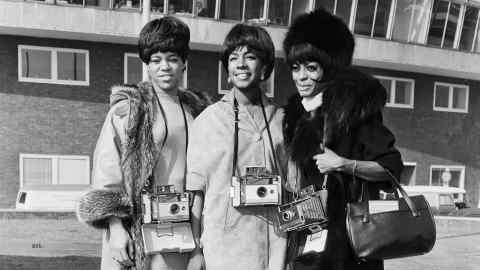 IT groups in the S&P 500 just about met earnings estimates in the second quarter, according to FactSet, but forecasts for the third quarter have been repeatedly revised lower, with earnings now expected to decline 4 per cent year on year.

Many tech groups have responded to the downturn by putting greater emphasis on cutting costs and showing progress toward profitability, but Brookshire said companies would need time to show the changes are working.

“Last year there was little discussion of profitability [among IPO candidates]. Now there is more, but the problem with switching focus from a growth story to a profit story is it takes time for issuers to be able to prove their progress.”

A more positive factor extending the drought, SVB’s Walsh added, is the fact that tech companies raised so much private capital before the downturn that “there isn’t the same sense of urgency”. He said he expected “a small group” of companies would still try to list this year, but said most had already pushed plans back to 2023.