Hudson Lockett in Hong Kong and Chloe Cornish in Mumbai

Indian stocks are outperforming as investors brace for more interest rate rises by the US Federal Reserve, with ravenous demand among local traders offsetting losses from sales by foreign financial institutions.

Even after adjusting for currency depreciation — the rupee is at a record low of more than Rs82 to the dollar — the stock benchmark has fallen just 10 per cent. In comparison, China’s benchmark CSI 300 is down 33 per cent.

The Association of Mutual Funds in India reported net inflows of $2bn for September, a 17 per cent rise month on month.

Venkataraman said investors were upbeat about India’s growth prospects, with the IMF projecting gross domestic product to expand 7.4 per cent this year. Meanwhile, the US is expected to fall into a recession and China is grappling with a slowdown in its property sector.

“People think next year allocation to India will improve dramatically . . . because there’s no other place to invest,” Venkataraman said.

Amish Shah, head of India research at Bank of America Securities, said India appeared to be better positioned than other emerging markets after New Delhi resisted launching a major stimulus package during the coronavirus pandemic and with inflation at about 7 per cent.

“Indian macro is relatively, and I would underline the word relative, well-positioned as compared to the global macro,” Shah said.

But despite the broadly positive economic outlook, global finance has yet to fully embrace Indian equities in the wake of a broad shift by investors out of higher-risk emerging market securities in favour of US dollar assets. After an uptick in buying from foreign investors during August, inflows stalled in September. 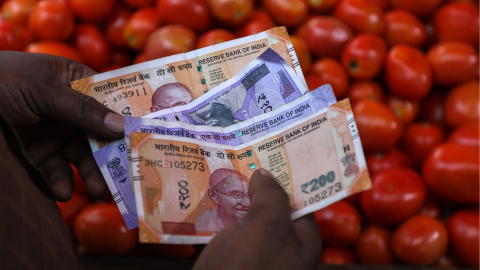 Foreign buying started to pick up again in recent sessions in October, potentially signalling the start of another run of inflows from global investors.

But analysts warned that the domestic inflows which have buoyed Indian markets may not last, as rising rates offer investors a low-risk option to rival stocks.

Goldman Sachs analysts wrote this week that they “continue to see risk of slowdown in domestic flows as domestic deposit rates continue to rise”.