The autumn arts issue shines a light on Kyiv’s creatives

Kyiv’s creatives exemplify a sense of unity and purpose

For this week’s autumn arts special we are celebrating the Kyiv-based artists and creatives fighting to raise awareness and keep their country’s cultural flame alight. They’ve had lots of practice: the Maidan Revolution, in 2014, ushered in a resurgence in the arts, design and fashion as Ukrainians sought to reinforce a sense of optimism and national identity. And so it has continued, growing ever stronger. For our cover story, Rosanna Dodds worked with Ukrainian writer and lecturer Olenka Martynyuk to coordinate a gathering of nearly 20 cultural figures raising consciousness around – among other things – the nation’s craftsmanship, filmmaking, photography and dance. They took considerable personal risks to be there, but what emerges most forcefully from the conversation is their absolute and uncompromising belief in the future of Ukraine. As Olga Balashova, head of the Museum of Contemporary Art, tells us: “Culture is one of the primary aims [of] the attack – it’s our aim to ensure that Ukraine’s voice is kept alive.”

The Kyiv creatives exemplify a sense of unity and purpose that is central to this issue, in which we celebrate all that is singular, dynamic and exciting in the arts. The artist duo known as Gilbert & George lead the dialogue with an inventory of passions and peccadilloes that could seem almost humdrum in the telling, until you realise that it is precisely this relentless focus on the routine of life that has made them near-icons in their own work. On the other end of the spectrum, Jordan Roth’s outsized personality and incredible couture wardrobe are so big that they nigh-on eclipse his accomplishments as one of Broadway’s youngest producers. The owner of a clutch of theatres, Roth has parlayed his immense privilege into projects such as Kinky Boots, Hadestown and The Book of Mormon that have inched the Great White Way away from being an avenue for competent but quite predictable commercial efforts into a world that is more outrageous, subversive and, ultimately, fun. As it happens, I went to a performance of Into the Woods, one of Roth’s latest theatrical productions, in New York earlier this summer. The atmosphere, with something like 1,600 super-fans geeking out on Sondheim, was one of the most cathartic and exhilarating nights out I’ve had this year.

And lastly: would you strip naked for a stranger? As Jackie Daly discovers, the path by which one becomes an artist’s muse can follow many different routes. It’s also a word that, in the contemporary conversation, has lately become more loaded: these dialogues should serve as a rejoinder to the notion that the muse is somehow a passive role. Max Denison-Pender spotted India Leahy at a party, and asked to paint her, but she waited until she was out of a relationship before she did the deed. As they say, things soon “got steamy”, and although they are no longer a “thing”, Denison-Pender’s series of paintings capture a period in which the two were very emotionally entwined. By contrast, Daisy Sims-Hilditch and Raoul Orzabal have known each other since childhood, are both artists, and have adjacent studios: a lifetime friendship and fascination that has found Sims-Hilditch painting Orzabal time and again. As Jackie discovers, every artist-muse relationship is very different, but there’s always a feeling of co-ownership in the resulting works. 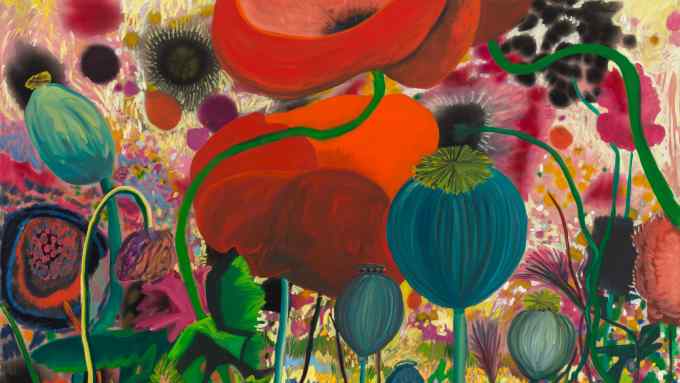