The crypto world must be made safer for investors and users

We’ll send you a myFT Daily Digest email rounding up the latest Cryptocurrencies news every morning.

The writer is an independent financial commentator

The sudden collapse of the crypto exchange FTX raises serious questions about the state of the crypto ecosystem. Without serious changes in the way it works, it is hard to see how it could even become part of the existing mainstream financial system, let alone replace it as some would like to see.

The crisis at FTX, and before that crypto lender Celsius, Voyager, hedge fund Three Arrows Capital and digital tokens terraUSD and luna, has little do with cryptocurrency as a technology. Rather, it exposes what financial systems look like when there are insufficient checks and balances. Crypto people rail against central banks and regulators, but they exist for good reasons.

Exactly what went wrong at FTX is still unclear. Its chief executive, Sam Bankman-Fried, insisted it was just a liquidity failure. But Binance, which initially agreed to buy FTX to shore up liquidity, pulled out of the deal after looking at its books. There are reports that FTX has a balance sheet hole of about $8bn. Unless someone is prepared to commit a lot of capital, FTX will eventually file for bankruptcy. Investors are bracing themselves for the worst: Sequoia Capital has already written down its investment to zero.

More worryingly, it appears that customer funds are compromised. Indeed, it is hard to see how a balance sheet hole of such size could have developed unless the exchange had been lending out customer funds.

Reuters reported that FTX lent customer funds to Alameda Research after it was hit hard by the failures of Three Arrows Capital and Voyager in May this year. And the US justice department and US regulators are now investigating relationships between FTX and Alameda, including whether customer funds may have been misused.

If customer funds have been lent out, then unless Bankman-Fried succeeds in finding a buyer who will pay near full price (which appears a tall order), customers of FTX’s international exchange seem set to lose a substantial part of their funds. Some — perhaps many, because FTX attracted retail traders and encouraged ordinary people to deposit their wages into its accounts — will suffer hardship as a result. 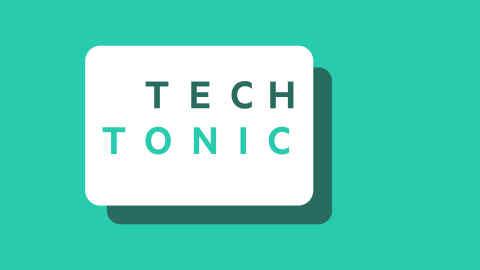 FTX is far from the first crypto company to fall amid token collapses, bank runs and allegations over the use of customer funds. The recent failures of Celsius, Voyager, and in 2021 the crypto lender Cred, show similar characteristics. Underlying these failures are four major weaknesses in the crypto ecosystem:

• Interconnectedness between companies in the form of opaque crossholdings and circular lending practices such as rehypothecation. Rival crypto exchange Binance had a substantial holding of FTX’s native token, FTT. When it announced that it would sell its holding, it sent people scurrying to sell FTT themselves and pull their funds from FTX.

• Too much reliance on personalities. Crypto was supposed to eliminate the need for trust between people. “Don’t trust, verify” was the mantra. But the entire system now seems to depend on a few big personalities, trusted by thousands. Bankman-Fried is one. He built up a huge empire in a short period of time and has given lots of money to good causes. He seemed an all-around good guy. So people trusted him with their money. Investors, particularly, have shown a remarkable willingness to back his ventures without the usual financial due diligence.

• Concentration. There are not many major crypto exchanges and banks, and those who run them all know each other and invest in each other’s companies. When they get on, everything is fine; but when they fall out, they can do immense damage. It should not be possible for a tweet from Binance’s chief executive to spur a run that brings down its largest rival; but that is what happened.

• Opacity. Crypto was supposed to improve the transparency of financial transactions. But crypto companies such as FTX reveal very little about their financial status — much less than would be expected of a conventional bank. The opacity of Bankman-Fried’s companies, FTX and Alameda, was worsened by a complex corporate structure, intercompany transfers and the reported use of holdings of a native token to boost the balance sheet.

These problems will be painfully familiar to anyone who has studied the history of financial panics and banking crises. They seem to be endemic to financial systems. Crypto has shown it is no different.

If crypto is to have a future as a mainstream financial product, it must now accept the regulation and controls that make financial systems safe for investors, creditors and depositors.