Open outcry, where floor traders shout and use hand movements to execute orders, has died out on most stock exchanges due to the rise in electronic trading — touted as faster, cheaper, more efficient and less prone to manipulation by market-makers. But the New York Stock Exchange still operates a hybrid model because it believes floor traders can sometimes provide advantages such as reduced volatility and better liquidity.

“It’s a pretty exciting moment. It has been 15 years since we had an ETF on the NYSE floor. It’s an initiative we have been working on for some time,” said Douglas Yones, head of exchange traded products at the NYSE.

“The NYSE floor has been the predominant place for trading for 230 years and there is something very special and unique about combining electronic trading and the human touch.”

In the US, the largest market, 73 per cent of ETFs are now listed on the electronic-only NYSE Arca exchange, according to Yones.

However, NYSE believes an element of floor trading could be beneficial for certain types of ETFs, such as the actively managed ones that have proliferated in the US in the wake of regulations allowing issuers to launch portfolio-shielding semi-transparent and non-transparent ETFs.

NYSE has been trying for more than two years to get regulatory approval from the Securities and Exchange Commission to permit the listing and floor trading of ETFs that in turn invest in securities that are also listed on NYSE.

Such ETFs have to be judged to be “broad based” in order to allay concerns about their potential susceptibility to market manipulation if the same individual is the “designated market-maker” for both an ETF and some of its constituent holdings. This approval was finally granted in July.

Pimco, which has switched BOND’s primary listing from NYSE Arca to NYSE, said the potential benefits for investors from “a combination of electronic and hands-on transactions that will be overseen by a designated market maker . . . could include enhanced liquidity, reduced volatility, improved price discovery and reduced trading costs”.

Yones believed this approach could be beneficial for three types of ETF. One such group would be new ETFs “that can use some support through their incubation period”, given that they may have relatively low trading volumes interspersed by the odd large order, creating “lumpy flows”.

A second category would be ETFs that tend to have very large volumes at their opening and closing auctions, which therefore might “benefit from human judgment and trading around very large liquidity events”.

The third category would be relatively unusual vehicles such as actively managed or semi-transparent ETFs or those focused on niche asset classes.

When unusually large trades are submitted, “sometimes a human can trade tighter and with less volatility”, said Yones. Balanced against that, listing fees are higher for the floor than for the electronic market.

While others may focus on cost, “we focus on quality”, Yones added. “It’s a skill, it needs to be invested in. There is a cost to that.”

Pete Giacchi, head of designated market-maker floor trading at Citadel Securities, who is the DMM for the Pimco ETF, said his role was to be a “point person on the trading floor who sees the flows and can communicate that colour to [the issuer] and is willing to provide additional liquidity, especially around the auctions”.

Floor traders have morphed from the shouting, gesticulating individuals of old into “relationship managers, the gatekeepers and shepherds for a lot of trading companies”, Giacchi added.

Industry figures were divided over whether the switch to a hybrid model would meaningfully narrow BOND’s bid-ask spread, which has averaged 7 basis points, according to Pimco.

“This is likely [to be] an attempt to incrementally improve the bid-ask spread. “I’m not sure how much this will actually move the needle,” said Nate Geraci, president of the ETF Store.

However, Deborah Fuhr, chief executive of ETFGI, said the move was “a realisation that certain products need different levels of support”, and that human intervention should improve liquidity and narrow the spread.

Yones is confident that other ETF issuers will follow suit.

“I do think it’s going to be an intriguing proposition for an ETF,” said Giacchi. “I think there are going to be other issuers that are going to look at this hybrid model, for those few days a quarter or a year when there is a need for extra liquidity on a large transaction. I’m excited to see where this ends up in a couple of years’ time.” 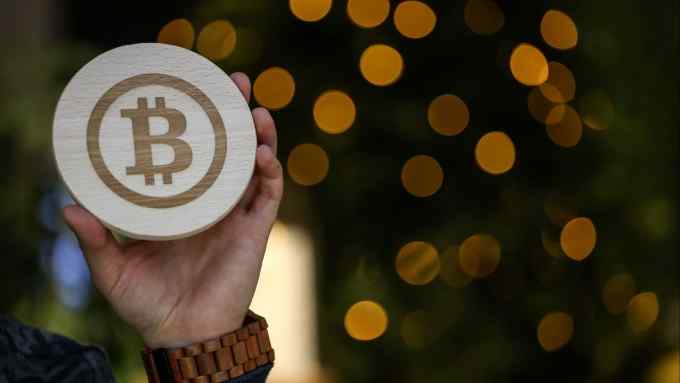