Bags, boots and another tweed blazer, of course

Cartier for Chitose Abe of Sacai Trinity ring, £4,300
Chitose Abe’s reinterpretation of the iconic Trinity ring is beyond chic. I’ve been lusting after this collaboration ever since Jony Ive handpicked it for his guest edit of HTSI in May. cartier.com

Balenciaga lambskin Cagole 90mm booties, £1,390
Back in the day, one of my first designer purchases was a Balenciaga clutch bag, designed by Nicolas Ghesquière, the then creative director, who created a bestseller based on a motorcycle theme. The same DNA is kept alive by Demna in these spiky Cagole booties. My pillion awaits. balenciaga.com

Mason Pearson bristle and nylon hairbrush, £115
There is only one Mason Pearson hairbrush. I buy them every year, but they tend to vanish – into my daughter’s bedroom, into other people’s hands. Get a big one for home use and a small one for the handbag. johnbellcroyden.co.uk

Vintner’s Daughter Active Botanical Serum, $195 for 30ml
I love this hydrating face oil, and so does everyone else: it’s won some 30 beauty awards since its launch. It’s one of those products that you dread running out of. It’s expensive, but two per cent of revenues go to charities benefiting women, children and the environment, which may help mitigate the guilt. vintnersdaughter.com

Kiehl’s Creme with Silk Groom, £30.50
Devotees have been muttering about the great global shortage of Kiehl’s silk groom for more than a year now, in increasing states of agitation. For a while I had a Zürich-based supplier who kept me in tubes of the follicular wonder-product, but even she says supplies have all but dried up. On behalf of frizzy-haired folk the world over, I beseech the Kiehl’s management to make this product more widely available. I can’t leave the house without it. kiehls.co.uk

Gerbase sleeveless ribbed The Emet dress, £170
UK-based designer Paula Gerbase first introduced her semi-sheer Skins layers in 2019. Since then she’s introduced more colours (such as black, hallelujah) and switched up the fabric to use a more sustainable eucalyptus bio-yarn. It’s stretchy and it’s sexy. I’ll get this for myself and my daughter will steal it straight away. gerbase.com

Muji gel-ink ballpoint pen, £1.95
A never-not-good stocking filler. Time to empty all those overflowing pen pots full of ancient old Biros and leadless pencils and fill them with these, the ultimate ink pen. Muji ballpoints make writing even thank-you notes a pleasure. muji.eu/uk

Attersee cashmere kaftan, $995
The brainchild of Isabel Wilkinson Schor, T Magazine’s former digital director, Attersee offers a small curation of timeless clothing and accessories. The brand is named for the lake in Upper Austria where Gustav Klimt would summer, wearing a flowing kaftan with nothing underneath. This one, in Loro Piana cashmere, might require some undercrackers, but never has something so comfortable looked so goddamn chic. shopattersee.com

Cova panettone, €40
People are weird about panettone: in the UK it is associated with something that used to haunt old grocer’s shops and was about as appetising to eat as biscuit dust. The real deal is my favourite thing about the festive season. Everyone has their own predilections and, yes, I know some people prefer pandoro, but the sublime Milanese original by Pasticceria Cova has never, ever let me down. pasticceriacova.com

MUBI subscription, from £10.99 a month
In a world full of anodyne entertainment platforms get the one packed with films that will make you more intelligent. Or give it to a friend. mubi.com

Petar Petrov wool Malik coat, €2,180
I wear Petar Petrov clothes a lot. I love his silhouettes and the way he adds a twist to garments to make them feel unique. Petar’s coats are gloriously huge and indulgent, and being outerwear you get to waltz about in them all winter so that everyone gets the benefit of your exquisite good taste. petarpetrov.com

Métier London limited-edition Meribel Perriand City, £4,950
To mark Métier’s fifth anniversary, Melissa Morris has revisited an extremely limited-edition creation first made to mark the Charlotte Perriand exhibition at the Design Museum last year, a handwoven version of her Perriand City bag in black-and-cognac leather. One of five bags produced, it comes with a limited-edition plate. The colourway was actually my suggestion because I find the black-and-tan combination goes with almost anything, and it looks super-elegant. But I can take no credit for the bag’s construction, which responds beautifully to being squashed inelegantly to the brim. metier.com

Shiro women’s 1985 socks, £35 for twin pack
The perfect white sock – loose enough not to leave a welt around the ankle, but not too baggy; durable and beautifully comfortable – is surely the holy grail in any wardrobe. When the founder of Hong Kong-based Shiro got in touch to say he had created that exact thing, I was sceptical. Turns out he was right. Weaving Italian know-how with the aesthetic of US sportswear in three-ply merino, Shiro offers two colours, soy milk and semolina. Once you’ve tried them, you’ll never look back. shiro-webshop.com

Trieste and the Meaning of Nowhere by Jan Morris, £9.99
I’ve always been fascinated by the cultural impact of living on a border, and have longed to find out more about Trieste since visiting this year. A former part of the Austro-Hungarian Empire, and described by many as being the Vienna of Italy, this port city makes for a fascinating study: many have recommended this book as offering one of the most compelling overviews. amazon.co.uk

FT SeriesThe HTSI holiday gift guide 2022
What to give a design-o-phile this Christmas? 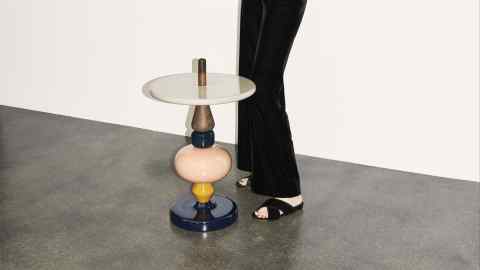 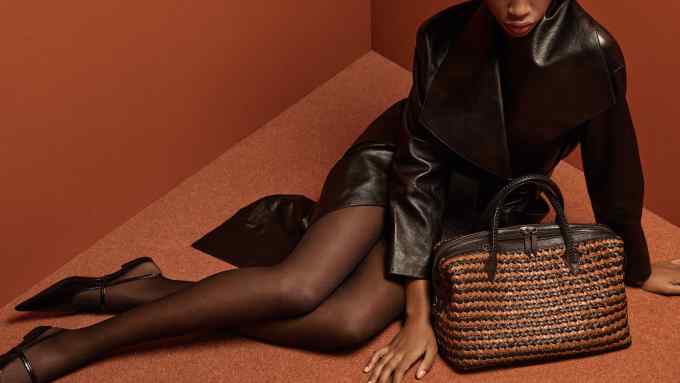